The City Council authorizes funding each year to repair and replace sidewalks and make improvements to streets around the city for pedestrians, bicyclists and motor vehicles based on need and analysis governed by the Pavement Management Plan.

For the 2016 fiscal year, a major focus of street improvements will be in the Sunny Brae and South H Street neighborhoods. 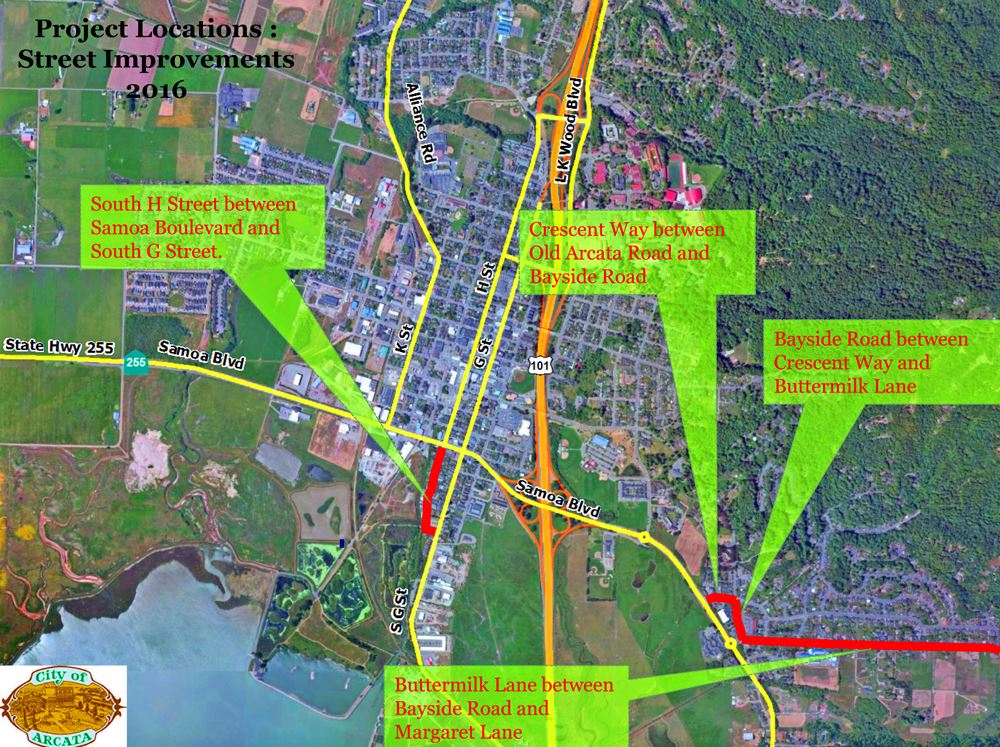 The City will be making street improvements on in the Sunny Brae and South H Street neighborhoods at the following locations:
The City met with neighborhood residents on August 2, 2016, and found most are in favor of:

The City's additional goals for this project include:

There's still time to let the Engineering Department know of street improvements you'd like made:

The $600,000 budget for this project will come from City of Arcata general funds and Measure G tax revenue. Sewer lateral repairs are made possible by bill paying Arcata water and sewer utility users.